Saccade testing involves following an object quickly from one location to another.

To learn more about the different parts of the VNG, follow the links below: 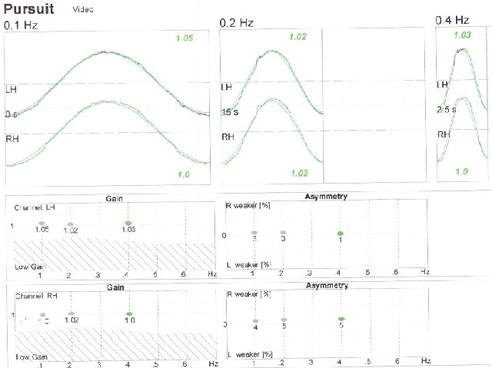 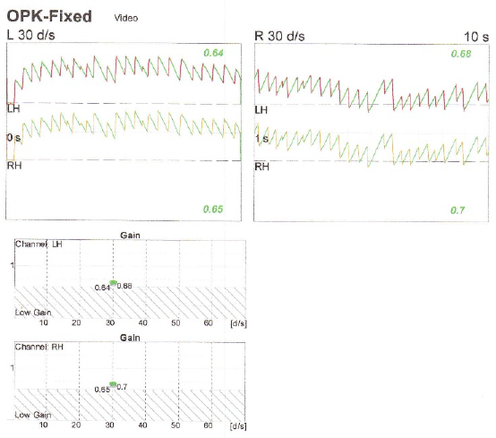 Above is a normal VNG tracing for pursuit eye movements.

Below is a normal VNG tracing for saccadic eye movements.

A portion of the vestibular function testing process involves evaluation of the brain centers that might be involved in causing 'dizziness'.  This involves an analysis of pursuit (the ability to track a moving object with your eyes), saccades (quick eye movements as in quickly looking toward a new object), and optokinetic nystagmus (what we see in someone's eyes as they are riding in a car looking at a row of trees by the side of the road).  Abnormalities noted during this portion of the exam may indicate disfunction of specific brain regions, depending on the abnormality noted.

Below is a normal VNG tracing of optokinetic nystagmus